This article was just in Detroit Free Press:

When Mike McFall and his husband began house hunting last year, as they prepared to move back to Michigan, they briefly thought about Ferndale but then zeroed in on Hazel Park.

“We already knew what the housing market was like in Ferndale,” McFall said, explaining that initial online searches showed the houses there were “overpriced” in his estimation.

So they turned their attention to Hazel Park, where things were starting to get interesting with an influx of trendy restaurants and bars and where housing was still a bargain.

But they didn’t foresee what happened next.

“We came in well over asking price of 3 different homes in Hazel Park last summer and lost all 3,” McFall said in a Facebook post.

Here's what a home will cost you in Royal Oak

On the third house, they bid $5,000 more than the asking price and “still lost out on it,” McFall told the Free Press in a follow-up interview.

The median sale price of a single-family home in the traditional suburb jumped 30.6 percent in June compared to the same month one year ago, according to data released this week by RealComp. And year-to-date figures show an even stronger trend with the median home sale price up a whopping 40.5 percent in the first six months of the year compared to the same time period last year.

Another indicator — houses were only on the market an average of 14 days in June, compared to 22 days a year ago. And, on average, sellers received 100.2 percent of the list price.

Still, prices of single-family homes in Hazel Park remain a bargain in comparison to other communities along or near the Woodward corridor in southeastern Oakland County, the RealComp data shows. The median sale price for a home in Hazel Park was $97,300 (compared to $169,900 in neighboring Ferndale and $263,000 in Royal Oak), but in June 2017 it was only $74,500.

Hazel Park was probably once best known for its harness racing track, but in the past few years it has gained a bit of a cool factor with the arrival of trendy restaurants, bars and coffee shops, such as Mabel Gray (the Free Press restaurant of the year in 2017 Joebar and Dark Matter, on John R between 9 Mile and 10 Mile.

"That place is exploding," Realtor Jerry Hall said in a Facebook message. He said his agency, KW Domain in Birmingham, just closed on a house in Hazel Park last week.

“We’re glad the city is experiencing a renaissance of interest, although as we all know, overnight success is usually the product of years of hard work,” said.

He credited taxpayers for supporting millage issues to maintain city services during the tough economic times and the willingness of city employees to make .

For McFall, 44, and his husband, Jacob Cooper, who came back to Michigan after a yearlong job transfer to California, there was a happy ending. They bought a three-bedroom, one bath, ranch-style home on East Madge Street, south of 9 Mile and a couple of blocks west of Dequindre, last August for $80,000.

"We may have come in a little high a year ago, but I don't think we got robbed," McFall said.

McFall, who works as a recruiter in the healthcare industry, said they were looking to be "in of where things were happening" and Hazel Park reminded him a lot of what Ferndale was like in 2000 when he bought a house there.

"It just seemed to be kind of a hot area," McFall said. "Also, being a member of the gay community, we started noticing a lot of our friends were moving to Hazel Park." 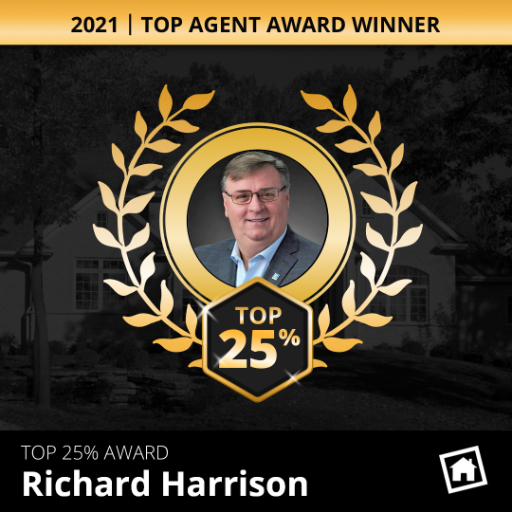 Richard has been a Realtor in Michigan for over 12 years and is currently with Real Living Kee Realty in Troy. Attaining his Broker's License, and his Accreditations in both Sellers Representative Spe....

This article was just in Detroit Free Press:When Mike McFall and his husband began house hunting last year, as they prepared to move back to Michigan, they briefly thought about Ferndale but then

By registering, you agree to our terms of use and that real estate professionals and lenders may call/text you about your inquiry, which may involve use of automated means and prerecorded/artificial voices. You don't need to consent as a condition of buying any property, goods or services. Messages/data rates may apply.